The Law Of Least Resistance 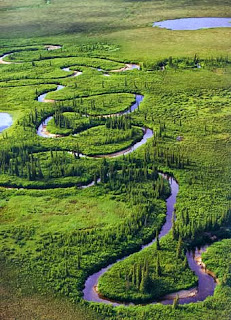 When I was younger I was working with a couple of older gentlemen on a construction site.  A need arose for a quick solution: simply rerouting some caution tape from one place to another.  One of the men looked at me and asked if I would do it, I immediately jumped at the opportunity to serve.  Upon completion of my task the older gentleman who requested my assistance said this with a smile on his face, “If you want something done right ask a busy person, if you want something done quick ask a lazy person”.  I maintain he wanted the caution tape run correctly.  To believe otherwise would be to accept a truth about myself I don’t like or admire.  Plus, it’s easier to believe that I’m the go to guy when someone wants something done right.  That doesn’t require me to change.

When the reality of a situation shines a light on some aspect of our life or character that we wish had remained hidden, the Law of Least Resistance jumps into action.  In an instant, with lightning fast reasoning and ninja like precision, we are able to assess the situation and redirect blame to another.  We almost instinctually look for ways in which something is not our fault.  Excuses flow from the Law of Least Resistance.  You may have witnessed the Law of Least Resistance if you’ve heard, uttered, or thought something like:
“If I wasn't so busy with work I could be there for my family"
“I’m a good husband she just makes me crazy sometimes”
“If they paid me what I was worth I would work harder”
“If they had been clearer with their expectations I would have done better”
“If people knew what I had to deal with…”

Simply being aware of the Law of Least Resistance should help us identify how active it is in our lives.  The longer we prevent blame from flowing towards us the longer we prevent growth!  I hate it that the most successful growth seems to come from the most public failures.  Character shortcomings revealed in private are too easily ignored or written off.  Abusive parents and spouses abuse with more vigor within the privacy of their home.  They won’t abuse in public, around in-laws, or coworkers.  To do so would be to publicly reveal their wrongs.  To keep it hidden makes it easier to reason away disapproving behavior, to redirect blame.  The Law of Least Resistance helps keep our flaws from coming into the light.  Flaws no one sees do not demand near the attention they would if they were made public.  Don’t believe me?  Have someone you don’t know watch you eat and see if you aren’t more self-conscious, making sure you chew with your mouth closed, wiping your mouth more frequently, or covering your mouth after each bite.  You are never more aware of your faults (external or internal) than you are when you know people are watching.  Nothing draws the attention away from you like the Law of Least Resistance.
Posted by Unknown at 4:17 PM